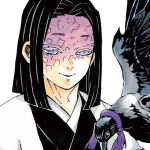 I first discovered RvB when I was researching the halo games. On the wikipedia page for Halo: Combat Evolved, there was a section that told about Red vs Blue.

Ever since then, I've been a huge fan.

I'm also a writer, having created many sci-fi, super hero stories. I am the author of the Paragon-Man books, located here!, and I'm currently working on the third book.

Me and my friends have begun working on our third-person (cover-based?) shooter, Shattered Steel. It is slightly inspired by Gears of War, but combat is more like Warhammer 40k: Space Marine. An alternate tital we are considering for the game is Heavy Metal. A wiki will soon be up.

Little is known about MrFluffman's mysterious birth. All that is known is even then shrouded in mystery. He first appeared in Halo Machinima Wiki, where he added his own machinima. Someone asked his name. That person was banned.

MrFluffman first gained public attention on COD Wiki's chat rooms. He vicously broke through the lies of those present, shocking them. Afterword, he would retreat their in times of stress, warmly welcomed. MrFluffman rapidly gained popularity for multiple Fanon wikis.

Finally, after taking a vacation on the CODWiki's live chat, MrFluffman joined RvB Fanon wiki, where he found his new home. Slowly making his way through the power structure, the Avenger of Awesomness joined their inner circle, becoming a favored author.

In this day and age, MrFluffman enjoys semiretirement, relaxing at both RvBF and COD's live chat. It is rumored he will soon announce why he calls himself MrFluffman. On his way to his ultimate goal of becoming a Wikia staff member, he has settled down for the first time in decades.

Many theries exist as to MrFluffman's true identity, here are a few:

Retrieved from "https://rvbf.fandom.com/wiki/User:Zeon1?oldid=9501"
Community content is available under CC-BY-SA unless otherwise noted.